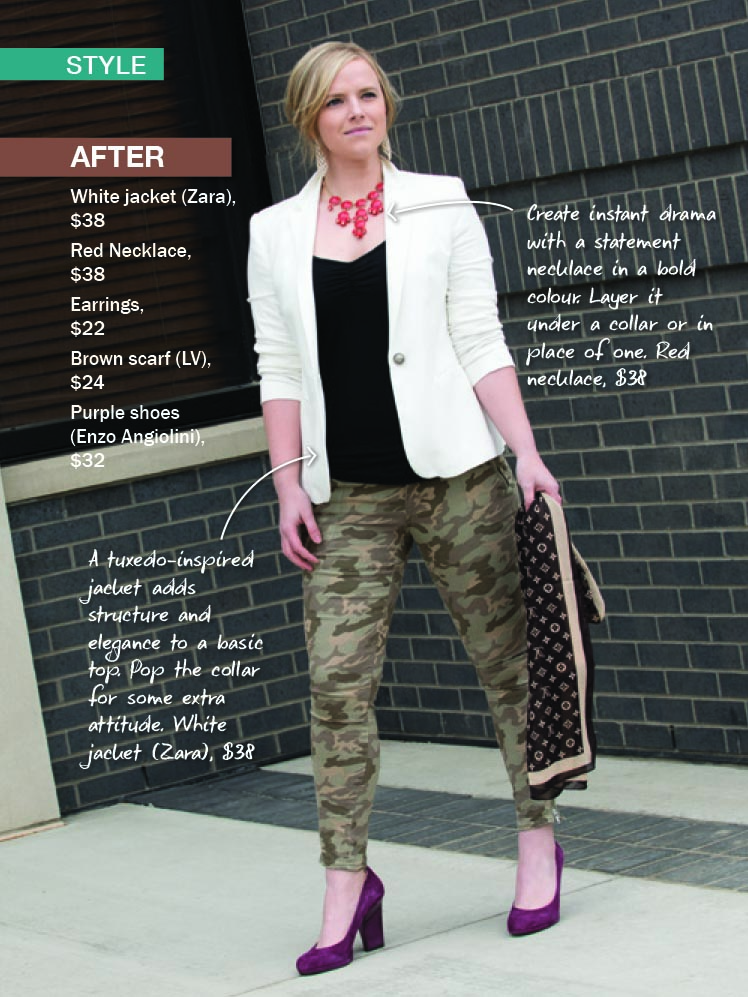 Recycled, upcycled, vintage or nearly new, these days second-hand is getting a well-deserved second look. It seems everyone from students and soccer moms to fashion bloggers and personal stylists are poppin’ tags at local thrift shops—and they’re proud of it. Whether we credit the thrill of the find, the unbeatable deals, Instagram envy or the environmental benefits, there’s no doubt that thrifting is trending in Edmonton.

Just ask Yannick Vienne and Rod West. The couple owns Red Pony Consignment, a 900-square-foot boutique in the Garneau neighborhood that sells previously owned women’s and men’s clothing and accessories. Vienne and West have been in the consignment business together since they bought Red Pony (formerly Robes and Relics) in the spring of 2011. “Thrifting has become more mainstream,” says Vienne. “It’s not stigmatized the way that it was before—it’s almost like a badge of honour like, hey, I found something unique, and I got a deal.” When the duo took over the shop four years ago, they set out to create a new concept in consignment and thrifting. They look for hard-to-find, independent labels in favour of well-known brands. They curate carefully and pre-sort the pieces that make it into the store.

Vienne and West say their customers range in age from twentysomethings to sixtysomethings and choose to shop second hand for varying reasons. “There’s the economics of it. With what’s been going on lately, I think people are more interested in stretching their dollars. There’s also the thrill of the hunt… Social media really promotes that. Like with Instagram, it’s all about showing something unique, a trophy,” says West. “Sustainable fashion is becoming more and more of a thing,” adds Vienne. “And some people are looking for stuff that’s hard to find, like recent stuff from stores that doesn’t exist in Edmonton anymore or an independent brand from a shop in a bigger centre, like Vancouver.”

Like many of their customers, Vienne and West consider the ecological benefits of thrifting a major plus. “It’s our philosophy that day to day we have an emphasis on reusing and sustainability. That was a big appeal of the business model because it made us feel we were making a difference… We’re reselling stuff that’s already been bought the first time, so the initial impact on the environment is done. We like reusing. There’s just so much good stuff out there already,” says West.Even though thrifting’s popularity is growing, there are still misconceptions.

“People think it’s only old, out-of-style clothing. Or it’s only for costumes or to be funny,” says Vienne. West adds, “Or that it’s for a certain economic class, or it’s dirty. But, really, clothes turn over at a faster pace than ever before. I watched Dynasty in the 80s and I know shoulder pads were in style for at least 10 years. Now they’d last about six months. More gets donated; people don’t want to put it in a landfill.”

The good news is that thrifting’s future looks more promising than that of shoulder pads. “Closets are getting stuffed with fast fashion. We have more than we know what to do with. There’s a lot of stuff out there that people want to sell to get rid of. As long as people can get good stuff for a decent price, there will be a customer base for thrifting,” says Vienne.

Trendy, environmentally sound and wallet-friendly—what better way to refresh your summer style than to look for a hidden gem in a local resale shop? Odds are, you’ll find something awesome.

Give Your Faves the Switch-up!

Take your look from dressy to casual and back with these great finds from Red Pony Consignment.