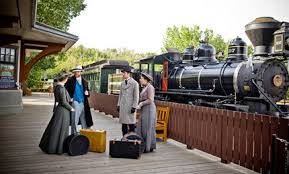 Take an historic tour of Alberta with these commemorative sites.

For a comparatively young city, Edmonton and its surrounding area is packed with history. From living museums to important sites and cultural festivals, this list is your ticket to a historic tour of Alberta.

Grain elevators play an important role in Alberta’s history, yet very few remain. Take a guided tour of two of Alberta’s remaining grain elevators, and finish your visit off with a trip to the 1920s replica train station to try out some Morse Code.

Every year, the Edmonton Air Show commemorates Edmonton’s status as an aviation city with a spectacular aerial demonstration. Featuring three demonstration teams, including the Royal Canadian Air Force’s Snowbirds Team, the event showcases the abilities of various military planes, and the incredible skill of the pilots who fly them.

Learn about Edmonton’s role in the fur trade and its transformation from an isolated hamlet into a bustling city. Fort Edmonton Park is a living museum, with both replicas and authentic sites conveying life in 1846, 1885, 1905 and 1920.

This historic museum contains an elaborate display of authentic and replica railway equipment and buildings. Pick up a map of the grounds and tour over 75 cars and locomotives and eight buildings in this historical outdoor museum.

The Stony Plain and Parkland Pioneer Museum sits on 14-acres of farmland, and houses over 23 historic buildings dating as far back as 1895. The museum’s collection focuses on Parkland County history, and includes over 10,000 artifacts including large machinery and vehicles.

Developed to commemorate the settlement of Ukrainians in Alberta, this open-air museum brings a unique part of the province’s history to life. Costumed actors re-enact settler life in and around the 40 buildings that occupy the museum site. 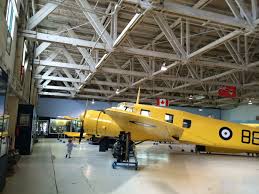 The Alberta Aviation Museum celebrates the province’s rich aviation history with over 30 restored aircraft. Whether you’re fascinated by war history or the evolution of airplanes as we know them, this tribute to aviation will not disappoint.

Presented by the Edmonton & District Historical Society, this week-long festival includes bus and walking tours, historical talks, concerts, workshops in Edmonton’s historic locations. Check out the website for a full listing of this year’s events. 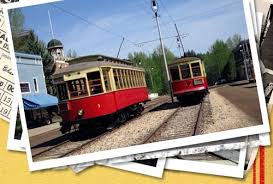 Take a ride along former Canadian Pacific Railway tracks in a restored streetcar. The High Level Bridge tram service ran in Edmonton until it was abandoned in 1951, but after years of restoration, the city’s streetcars now offer short scenic trips across the North Saskatchewan River.

Built in 1861 by Father Albert Lacombe and local Metis people, this wooden chapel is the oldest building in Alberta. You can tour the chapel on its own, or experience the full grounds including the crypt, grotto and cemetery.