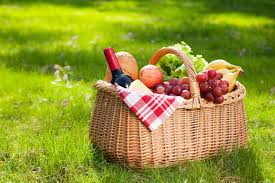 Rediscover the joy of eating outdoors

What better way to enjoy the summer than to take a picnic basket and some friends to your favourite park? Edmonton is blessed with plenty of beautiful picnic spots and an excess of sunshine to take advantage of them. Fortunately, there’s also no shortage of excellent grocers and delis to supply the ingredients needed to pull off the perfect picnic.

The Italian Centre Shop’s West End location (17010 90 Ave NW) was kind enough to supply a picnic spread for us. At just under $70, there was enough food for at least three to four people. Dragana Lukic of the Italian Centre Shop put the basket together and also took some time out to speak with us.

The keys to a great picnic basket are variety and a balance of flavours—and there’s plenty of sweet, salty, acidic and bitter flavours in this spread to complement one another. For starters, the basket offers a variety of meats. There’s prosciutto: a cured ham that’s aged for 8 to 10 months. It’s especially famed in the northern Italian city of Parma, and is the perfect shape and size for wrapping around pieces of cheese or fruit. There’s also some soppressata, a type of salami that comes to us from southern Italy. Dragana recommends pairing these with gruyère cheese.

“And something a little bit different, sweet salami bündnerfleisch,” she says. Hailing from Switzerland, it’s beef that is soaked in wine and spices, and cured for up to 4 months. “I chose it because it has a smoky flavour,” she explains. “The beef has a stronger flavour, it’s a little bit dry.” The chili powder adds a little bite, too.

As for cheese, Dragana chose three varieties, including Swiss gruy­­ére, which she describes as a personal favourite.

“It smells good, and it has a really rich flavour,” she says. “You can eat it on its own, or combine it with any kind of meat.”

She also recommends trying it with fruit or honey. And, like most Swiss cheeses, it’s lactose free. There’s also Piave Vecchio, a cheese named after the northern Piave river (vecchio, or “old” in Italian, means it’s been aged more than 180 days), which Dragana recommends pairing with dried strawberries or the Gramma Bee’s honey, produced locally. Finally, there’s KoKos coconut cheese from the Netherlands. Made from cow’s milk and coconut cream, it also goes well with sweet fruits, such as pineapples.

Speaking of fruit, the spread also includes oranges, figs, pears, and dried strawberries. The satsuma oranges are sweeter and less acidic than mandarins, and their stems and leaves add some visual appeal. When quartered, the figs also look great, and their honey-berry flavour goes well with prosciutto. There’s also an Abate Fetel pear. Italy’s most produced pear, it’s known for its elongated shape and honey flavour, which goes well with the salty meats.

Of course, no meal would be complete without dessert, and two popular items at the Italian Centre are included here. The cannolis are made in-house, both the crusty pastry shell and the almost exclusively ricotta filling. The cannolis are flavoured with pistachios and chocolate. Then there’s a tiramisu cup—lady fingers soaked in espresso and covered with mascarpone cheese and chocolate shavings. It’s the perfect way to end a meal you won’t soon forget. n

Thank you for your support, Italian Centre.  http://www.italiancentre.ca/ 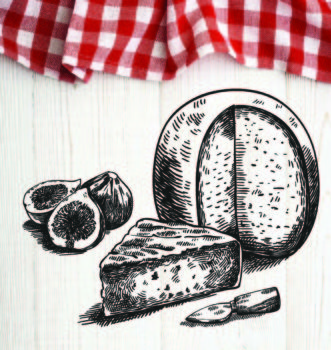